Yeovil Town fell to a disappointing 2-0 defeat this afternoon in their National League Play Off Quarter Final against Barnet in front of the BT Sport cameras. Two goals in the second half against the run of play means that it will be Barnet who get to travel to Notts County next weekend for a place in the final at Wembley Stadium.

Darren Sarll named a strong starting line up and opted for a 4-4-2 formation. Rhys Murphy was deemed fit enough to start the match after his injury during the latter stages of the season and he was supported up front by Courtney Duffus with play maker Albi Skendi just behind them.

The game started brightly for Yeovil as they forced a few corners in the opening couple of minutes and it was clear from the off that they were keen to put Barnet under as much pressure as they could.

After this bright start the game fell fairly flat with much of the play in midfield but Yeovil weren't under any real threat from Barnet as they failed to impose themselves into the game.

Yeovil had a good chance to take the lead on 17 minutes as Matt Worthington got a shot away from just outside the six yard box but the ball was just wide.

Yeovil continued to be the better side in the first half but they failed to attack with any real intent and only half-chances came and went for the home side.

Just before half time Yeovil appealed for a penalty for handball but the appeals were rather far-fetched as the Barnet defender had his back to the ball and there was no intention to deliberately stop the ball with his arm.

The second half started in the same manner as the first with Yeovil starting brightly. They almost took the lead 2 minutes into the half as a good cross into the penatly area was headed towards goal but it was headed onto the bar and cleared away.

Unfortunately Yeovil were made to pay for this missed opportunity as Barnet took the lead against the run of play on 52 minutes as they stole possession in the midfield and broke away on the counter-attack. Paul McCallum calmly slotted the ball past Stuart Nelson to give the away side the lead.

This seemed to wake Yeovil up as they began to push forward desperate to find an equaliser.

Barnet almost squandered the lead on their own as on 62 minutes a cross into the box was deflected off a Barnet defender's legs his blushes were spared as the ball cannoned off the post and away to safety.

Mere second later Yeovil had thought they had scored when a goalmouth scramble saw the ball just cleared away which initially appeared as though the ball had already crossed the line. The BT Sport camera footage couldn't provide any definitive answer but judging by what we could see it certainly looked as though the ball wouldn't have been fully over the line anyway.

After this scare Barnet began to sit back and invite Yeovil on which worked in the home side's favour as chance after chance was being created but still Yeovil couldn't score.

As the clock ticked down Yeovil were piling forward to draw the game level and almost did just that when a superb shot from Jimmy Smith was heading into the bottom corner but a Barnet defender heroically scooped the ball away leaving Yeovil frustrated once again.

During their attacking football Yeovil had to be weary of the counter-attack from Barnet and they almost wrapped the game up straight away but thankfully the shot was fired over the bar.

Yeovil gave it their all this afternoon but unfortunately it wasn't to be. Play off games are always a lottery and on this occasion we weren't given the luck that our play deserved. With there being such a long time since the team last played a competitive game it was also going to be a difficult game to predict but I don't think there can be many complaints about our play today.

So another season of National League football beckons for us but hopefully we can build on our successes this season and go for automatic promotion next campaign.

Thanks must go to Darren Sarll, the players and staff at Yeovil Town FC for giving us such a great season after so many years of struggle at the wrong end of the table - it's certainly been a joy to watch our team again! 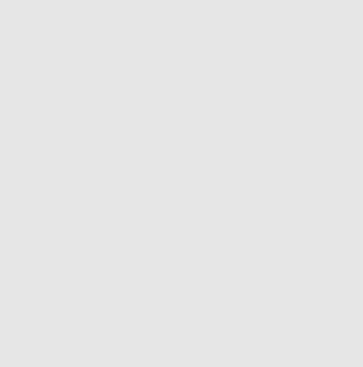