The Supporter Alliance had a meeting with the football club on Wednesday 27th September 2017 to discuss a range of different issues that are currently facing both the football club and it's supporters. A range of people representing different supporter organizations were present to give their views and the minutes of the meeting have been published for public viewing. You can download a PDF document giving the full details of the meeting by clicking here.

As the five individual supporter groups work very closely with supporters, they are in a position find out what the supporters are saying and give accurate feedback to the club so that the everyday supporter can have a say about any issues that may arise. Those of you who travel regularly with the Green and Whites will probably be familiar with Rich Rendell as he is a regular on the away days with us. If there is something you would like to discuss with him regarding the Supporters Alliance feel free to have a chat with him - he doesn't bite! 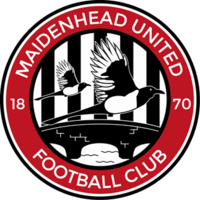