Yeovil Town suffered their first loss of the 2020-2021 National League campaign at Huish Park this afternoon as they fell to a disappointing 1-0 defeat to Wrexham. A solitary goal from Kwame Thomas 10 minutes into the game was enough to give the away side all three points.

Yeovil Town made 4 changes to the side that drew 2-2 with Wealdstone in mid-week as Josh Staunton, Lawson D'Ath and Courtney Duffus were dropped to the bench and Jack Clarke wasn't included in the squad.

The defence was made up of Daniel Leadbitter, Lee Collins, Luke Wilkinson and Carl Dickinson with Adam Smith between the sticks. The midfield four was Matt Worthington, Charlie Lee, Albi Skendi and Jimmy Smith while new signing Matt Warburton was given his debut alongside Rhys Murphy.

Yeovil Town kicked off towards the away end in bright but windy conditions.

The first 10 minutes belonged to Wrexham as they were the much stronger side and were causing the Yeovil defence problems.

The first chance of the game fell to Wrexham on 4 minutes as a good shot from Reece Hall-Johnson was well saved by Adam Smith who pushed it away for a corner. From the resulting corner Yeovil survived a goalmouth scramble as the ball fell very kindly to a Wrexham player but Yeovil were just about able to clear their lines.

Yeovils' first shot on goal came on 7 minutes as a half volley from Luke Wilkinson from distance was comfortably saved by Rob Lainton.

Wrexham took a deserved lead on 10 minutes as a cross into the box from the right hand side found Kwame Thomas who was completely unmarked at the back post who couldn't miss from just 3 yards out.

Wrexham continued to press Yeovil and the home side were struggling to get any foothold into the game. Wrexhams' pressure was paying off as Yeovil were constantly giving the ball away and defensively they were looking very fragile.

On 27 minutes a penalty shout for Yeovil was turned away as Matt Warburton appeared to be fouled in the box but the the referee was un-moved.

As half time approached Yeovil finally began to settle as they were able to deal with Wrexhams' pressure and were starting to have more possession but they weren't able to carve out any chances and they went in trailing 1-0 after a very disappointing opening 45 minutes from a Yeovil perspective.

As has been the case in the previous two games Yeovil started well in the second half and created more chances in the opening couple of minutes than they had in the first 45 minutes.

On 57 minutes a thunderous half volley from Matt Worthington was just over the bar from distance which had Rob Lainton worried that it would dip under the crossbar at the last moment.

As the half progressed the game was fairly even between the two sides as neither side were able to get in control of the half which gave Yeovil some confidence that they could go on and get a result from the match.

Yeovil made their final change of the game by bringing on Gabby Rogers for Matt Worthington.

As the end of the 90 minutes approached Yeovil were desperate to find the equaliser but they also had to be weary of the counter attack as Wrexham broke quickly on 85 minutes and Adam Smith had to produce some good goalkeeping to prevent a second goal for the away side.

5 minutes of time was added on which the home side welcomed as they still had time to find the equaliser and they almost did in 93rd minute as a ball into the box found Duffus who played the ball back to Murphy but his shot was just wide of the target.

Yeovil continued to apply late pressure but they were unable to find the goal they needed and they suffered their first defeat.

A disappointing result this afternoon which was made more disappointing by the home side's performance. Yeovil weren't at their best all game and the first 25 minutes of the game was especially poor.

Yeovil will be hoping for a much better performance and ultimately a much better result on Tuesday night as they make the long trip north to face Halifax Town at The Shay.

Man of the match voting for this result against Wrexham is now open. You can cast your vote here. 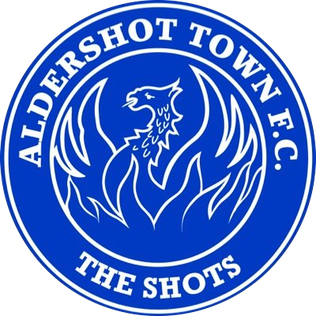