Yeovil Town claimed their second 2-2 draw on the trot this evening at Huish Park as they were once again pegged back from a winning position after battling back from being 1-0 down in the first half. A penalty mid-way through the first half gave Wealdstone the lead but Yeovil levelled things up straight after the start of the second half and went ahead on 60 minutes only for Wealdstone to draw the match level again on 74 minutes.

Darren Sarll made two changes to the side that drew 2-2 at Kings Lynn at the weekend. Rhys Murphy and Lee Collins were replaced by Jimmy Smith and Lawson D'Ath. Josh Staunton was pushed back into defence after making up part of the midfield on Saturday alongside Daniel Leadbitter, Luke Wilkinson and Carl Dickinson with Adam Smith in goal. The midfield was made up of Jack Clarke, Charlie Lee, Matt Worthington, Jimmy Smith and Lawson D'Ath while Courtney Duffus lead the attack.

On a wet night at Huish Park Wealdstone kicked off towards the Thatchers Stand with barely anyone in the ground as supporters are still not allowed inside football grounds at National League level however the match was streamed live on YTFC's YouTube channel.

Just 3 minutes in Wealdstone got the game's first shot away after some neat passing allowed Wealdstone to press forward quickly but the shot was comfortably saved.

On 9 minutes Wealdstone had another good chance after their quick passing was once again difficult for Yeovil to deal with and after getting themselves into a good position the final shot was blasted way over the bar.

As the half wore on Yeovil were constantly being caught in an offside position which was hampering their opportunities as Yeovil struggled to create any clear cut chances.

On 24 minutes Wealdstone were awarded a penalty after Charlie Lee was adjudged to have handled the ball in the box. Moses Emmanual stepped up and calmly slotted the ball into the back of the net to give the away side the lead.

Wealdstone continued to press after this as they looked to increase their advantage and they were causing the Yeovil defence problems with Yeovil often having to hastily clear the ball away after Wealdstone's pressing put them under pressure.

As half time approached Yeovil were still struggling to create any clear cut goal scoring chances and they went in at the break trailing by a goal to nil.

Yeovil made a change at half time by introducing Rhys Murphy for Lawson D'Ath and Murphy would make an immediate impact in the game.

Straight after the kick off Yeovil Town were back on level terms as Rhys Murphy scored within 30 seconds after the restart. Yeovil pressed Wealdstone straight from the kick off and after an initial shot from Jimmy Smith which was saved Rhys Murphy was there to blast in the loose ball.

5 minutes later Yeovil had a good chance to take the lead after a ball over the top found Jimmy Smith who attempted to lob the keeper but the lob didn't quite have enough momentum to beat the keeper.

Despite the excellent start to the second half Wealdstone showed they were still a threat themselves as they caught Yeovil on the counter attack and Adam Smith had to make a good save after Wakefield was through one-on-one.

On the hour mark Yeovil took the lead following a corner from Carl Dickinson and Charlie Lee rose highest to head Yeovil into the lead which gave Yeovil their just rewards for their performance in the second half.

On 73 minutes Adam Smith once again produced a fine save after a shot from a Wealdstone player looked to be creeping into the bottom corner which was pushed away for a corner. The corner was whipped into the box and Wealdstone drew the match level at 2-2 as Michael Phillips scored from close range.

6 minutes later Wealdstone miss a golden opportunity to re-take the lead after Wealdstone broke through and after an initial shot was saved by Adam Smith the ball fell to Dennon Lewis who had an open goal in front of him but he spurned his shot over the bar much to relief of the Yeovil defence.

On 81 minutes Gabby Rogers was introduced for Jack Clarke as he made his first appearance for Yeovil in a competitive game this season.

On 83 minutes Yeovil made their final substitution as Jimmy Smith is replaced by Lee Collins.

With just 1 minute of normal time remaining a free kick was given to Yeovil following a harsh challenge on Courtney Duffus just outside the box which Rhys Murphy stepped up to take. He produced a shot over the wall which was headed over by a Wealdstone defender for a corner.

The following corner was cleared away by Wealdstone and they suddenly found themselves bearing down on the Yeovil goal with two players past the Yeovil defence but Daniel Leadbitter was able to track back with excellent pace and just about cleared the danger.

4 minutes of injury time was given with both sides looking for a late winner as Wealdstone and Yeovil were pressing for the winning goal but neither side were able to snatch the win and it ended in a 2-2 draw for the second game running for Yeovil.

So another point gained against a newly promoted side and Yeovil will be very happy with their second half performance as they were able to play with much more authority and looked like the better side throughout the half. Wealdstone were very dangerous on the counter attack as their pace and quick passing often caught Yeovil out.

A draw was probably the fairest reflection of the match tonight and while it is disappointing to have once again surrendered a lead to end up with a share of the points there were plenty of positives to be taken from the game.

Man of the match voting for this game is now open, you can cast your vote here. 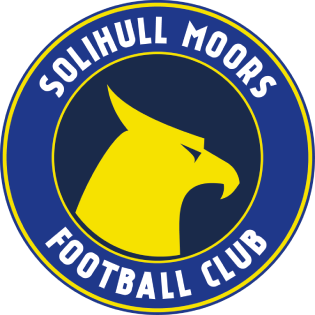